About the Shen Ren Qigong Center 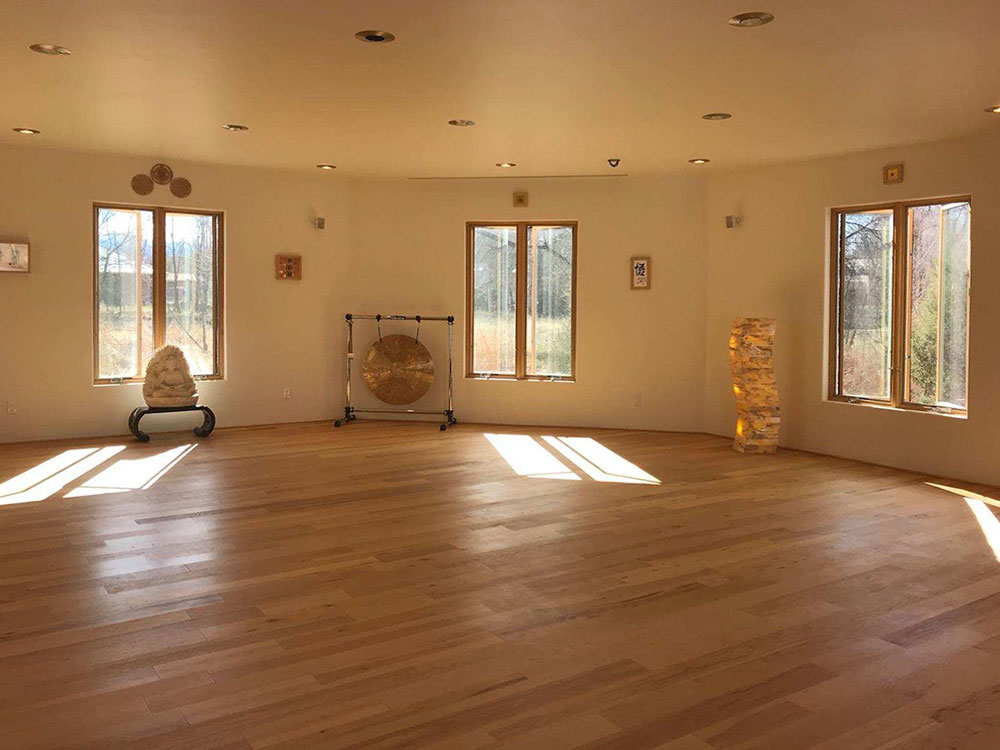 The Shen Ren Qigong Center was named “Shen” (Spirit) and “Ren” (Person) with the idea to integrate spirit and form together as one, through awareness of our internal self.

This 1000 square foot studio was built in an octagon shape using natural building materials and sacred geometry. The construction of this facility also includes a foundation of Selenite blended concrete with copper conduits for a powerful Earthing or grounding experience when inside the studio. This allows the flow of the Earth’s electrical field to more easily penetrate the body, permitting increased electrons from Earth to arise through the floor. Studies suggest that this promotes positive physiological and psychological changes. (See article: Earthing: Health Implications of Reconnecting the Human Body to the Earth’s Surface Electrons)

People visiting this studio often experience a profound sense of relaxation and well being from this natural flow of “Earth Qi”. 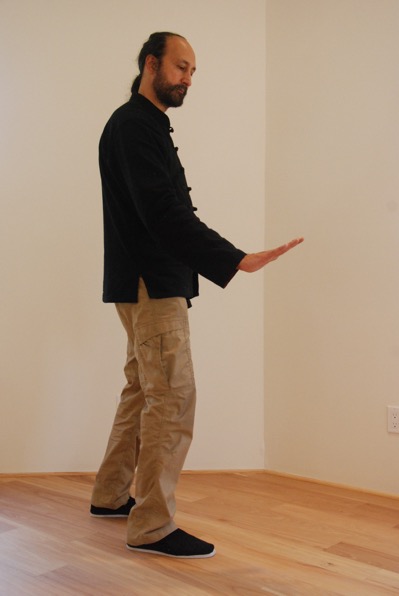 Since his early teens, over 40 years ago, Har Har practiced various techniques for developing self awareness with a fascination for moving and sensing “energy”. At 18 years of age, he began practicing yoga and meditation which continued over the last 40 years. He was drawn to a specific focus of meditation that required moving and consciously directing energy, prana, or Qi to various energy gates in the body, much like Qigong practice.

From 1984 to 2004, Har Har attended hundreds of meditation courses under the guidance of Yogi Bhajan, Master of Kundalini Yoga. Har Har also served as a personal driver for Yogi Bhajan where he also learned privately taught, meditation and energy techniques.

From 1991 to 2011, Har Har studied the art of Sat Nam Rasayan directly under the guidance Master of this art, Guru Dev Khalsa. Sat Nam Rasayan had equivalent or similar concepts to the internal arts practices found in some forms of Qigong.

In 2013, Har Har was drawn to meditation-movement practices for the specific purpose of creating balance within the entire body and for learning to consciously gather and move Qi throughout the body. From 2013 to 2014, he studied and practiced Qigong at the White Cloud Qigong Institute, in Santa Fe, New Mexico in order to further explore this science. In 2014 he was certified as a Qigong teacher from the White Cloud Qigong Institute.

From January of 2015 to 2019, Har Har went on to further study at the Tai Chi & Qigong Academy in Taos, New Mexico, by way of a two year intensive teacher’s training program under the guidance of Qigong and Tai Chi Master, Richard Leirer. Richard Leirer was given the title of a Master of Tai Chi and Qigong by two highly advanced teachers from China after many years of study. After two years of regular study, training, and testing, Har Har was given certification as a Qigong and Tai Chi instructor by Sifu Richard Leirer. 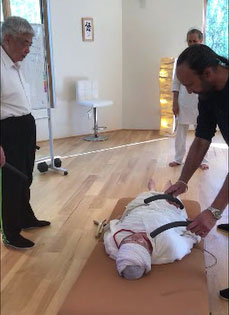 In 2017, Har Har had the opportunity to study directly with Master Ming Yue, in Wudang Mountain, China, where he learned an incredible form of Qigong/Tai Chi that he teaches in his Saturday morning classes.

In 2018 -2019, Har Har also received an opportunity to study with Master Hao. In 2019, Master Hao visited the Shen Ren Qigong studio and taught a course, personally training Har Har and other students. The visit from Master Hao established an ongoing connection and relationship in terms of Qigong study and practice.